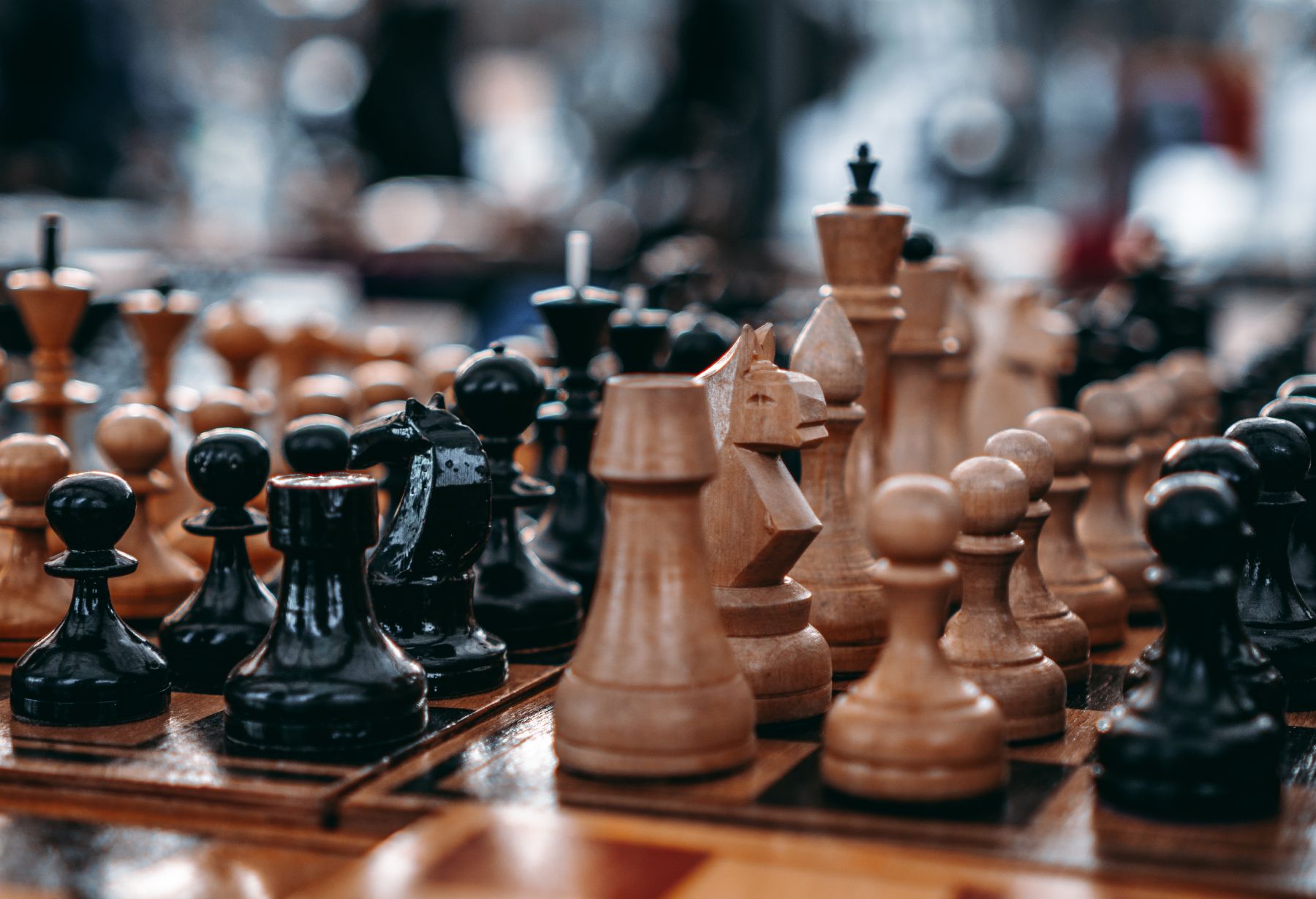 The late Fred Halliday, Professor of the International Relations of the Middle East at the LSE, remarked in 2005 that, “Everyone can remember one or two, probably more, occasions on which the region’s politics, all of it indeed, had been ‘transformed’ forever by some new event, be this a disaster, war or revolution” (Halliday 2005, 6). He noted how, seemingly once a decade, seismic events would rock the foundations of Middle Eastern geopolitics, whether it be 9/11, the 1991 Gulf War, the Iranian Revolution, the Six Day war or the Suez Crisis. Yet he urged caution. For all the dramatic upheavals in the states directly impacted, for most Middle Easterners, the political, economic and social structures of the region remained the same.

Though Halliday sadly died before the Arab Uprisings, he would likely have applied the same warnings to the events of 2011 and their consequences. A decade after the stunning revolutions and counterrevolutions that swept across the Arab world in the early 2010s, it is all too tempting for international relations analysts to frame this as yet another ‘great turning point’ that has transformed the region and created a ‘New Middle East’ (Valbjorn and Hinnebusch, 2019). Yet, how much has actually changed? Some states are stronger, some are weaker, but the basics of the region’s geopolitics remain as they were before 2011: a collection of independent states, mostly autocratic, competing and aligning with each other and external actors to further their interests. While some living in states like Syria, Yemen and Libya have seen dramatic transformations, for most the political, economic and social structures remain the same and are likely to continue to be so for decades to come.

Of course, Halliday was no reductionist and, indeed, argued that, “Nothing is inevitably transmitted from one generation to another,” (Halliday 2005, 16). Change and continuity are constantly interacting in the geopolitics of the Middle East, as they are elsewhere, and one of our roles as scholars is to identify when changes do and don’t take place and why. While this brief article can’t comprehensively cover all the areas of change that did occur as a result of the uprising, it seeks to identify four broad themes or shifts that have been catalyzed by the fallout from 2011.

The End of Unipolarity

The first shift was the end of unipolarity and undisputed American hegemony over the Middle East. Even before the Arab Uprisings, the dominance of the US in the Middle East was waning, but the consequences of 2011 accelerated the process, combining with American domestic factors and global shifts. Globally, the rise of China and the increased activism of Russia, notably in the Middle East, has prompted the end of the post-Cold War ‘unipolar moment’, even if it may not yet have ushered in a clearly multi-polar world (Layne 2012). Domestically in the US, war fatigue after Iraq and Afghanistan has prompted three successive presidents, Obama, Trump and Biden, to be reticent to intervene heavily and ‘no boots on the ground’ has seemingly become mantra.

Regionally, after the disaster of Iraq, the US seems to slowly be recognizing the limits of its capabilities in the Middle East. Washington is still willing to wade into conflicts, as it did in Libya and against ISIS. It also has key interests that it prioritizes, such as Iran’s nuclear capabilities, the defence of Israel and its array of Gulf bases. But its reluctance to get seriously involved in post-Arab Uprising conflicts such as Syria, Libya (after 2012) and Yemen, its acquiescence to a return to dictatorship in Egypt and its seeming acceptance of regional and global powers like Russia, Turkey and Saudi Arabia taking the lead in arenas it once dominated suggests the Middle East’s short-lived ‘Pax Americana’ is over.

A related second shift was the increased activism of regional powers in what was perceived as a vacuum following American retreat. Iran had already benefitted from the collapse of Saddam Hussein’s regime after 2003, furthering its regional influence in Iraq and beyond. The post-2011 decade has provided further opportunities for Tehran to expand: deepening its physical role in Iraq and Syria, and boosting its ties to Hezbollah and the Houthis in Lebanon and Yemen (Juneau 2016). Iran’s great rival Saudi Arabia has responded by upping its direct involvement in regional affairs, abandoning its historically reserve. In an attempt to ward off Iran as well as its other regional enemy, the Muslim Brotherhood, since 2011 Riyadh has intervened directly in Yemen, initiated the Qatar blockade, sponsored a coup in Egypt and backed rebels in Syria’s civil war.

Alongside these old rivals, the post-2011 era has seen new regional actors emerge while traditional powers have diminished. Syria has been consumed by conflict, as has Iraq, and neither seem likely to return to their once-prominent regional role. Egypt, historically a leading Arab power, is similarly less active beyond its immediate neighborhood after a decade of disruption. In contrast Turkey, once peripheral and preferring to face west, has emerged as a major actor. Not only has it militarily intervened in Syria, Iraq and Libya, it has promoted itself as the lead regional sponsor of the Muslim Brotherhood, bringing it into conflict with Saudi Arabia and the UAE. The latter has also become a surprisingly active player for such a small state, intervening in Yemen, the horn of Africa, Egypt, Libya and backing the Qatar blockade. Qatar itself was also temporarily more active, though has been chastened by the blockade and appears less ambitious than in the early 2010s.

A third significant shift was the growth of failing states in the Middle East in which these regional players could compete for influence. In the decades prior to 2011, most Middle Eastern states were strong in the Weberian sense that governments had a monopoly on the use of violence and secure borders. There were a few exceptions to this: Lebanon, Yemen and, from 2003, Iraq, and those spaces became arenas for competition between regional rivals. The disruptions of 2011 added several more states to that list: Syria, Libya and, for a while, Egypt and Bahrain. The 2010s also saw these competing powers willing to plot against and disrupt rival governments not even experiencing civil conflict. Saudi Arabia, for example, successfully helped overthrow an elected Egyptian government (with the UAE), was linked to failed coups plots in Jordan and Qatar and attempted to terminate a premiership in Lebanon (al-Rasheed, 2021).

Rivalries between actors have seen new arenas of competition emerge, expanding beyond the Middle East. Russian-Turkish competition has been extended to Libya and Azerbaijan. The Horn of Africa similarly has seen a host of new bases built in the last decade by Turkey, the UAE and Saudi Arabia. The rivalry between Turkey and the UAE has also extended to Cyprus, where the Emirates allied with Greece, Israel and Egypt to try to pressure Ankara away from contested gas fields.

Linked to the growth of failing states has been a fourth shift, the growth of non-state actors. Again, this is not new and non-state actors have historically emerged in arenas such as Lebanon and Iraq where the state has been weak. Therefore, the growth in the number of weak states alongside an increase in the regional and international actors willing to sponsor them has seen a corresponding growth in non-state actors. These range from transnational forces like ISIS or Kurdish groups like the PKK, PYD and allies, to highly localized militia based around particular warlords. Some national groups like Hezbollah and the Free Syrian Army have become transnational actors as their sponsors, Iran and Turkey respectively, have deployed them abroad.

A feature of this shift that again began before 2011 but was amplified by it is the preponderance of non-state actors based on identity politics. Iraq, Syria, Lebanon and Yemen have been dominated by groups attaching varying degrees of importance to Sunni and Shia Islam, while the Kurdish regions of Syria, Iraq and Turkey continue to be dominated by Kurdish nationalists. Ideology continues to have importance for some groups, and sometimes it overlaps: such as the Kurdish-leftist PYD and PKK, or Shia-Populists like Hezbollah or the Houthis.

These four shifts combine to present a geopolitical picture that looks quite different in the 2020s than at the beginning of the decade, before the uprisings. There are more unstable states, more non-state actors (local, national and trans-national) operating within them, and more regional and international powers willing to intervene in these arenas, either through sponsoring domestic players or deploying their own militaries.

With the United States’ influence on the wane and neither China nor Russia seemingly interested or able to replicate its previously hegemonic position, it seems unlikely this instability will be ended by an outside force. Similarly, with power distributed fairly evenly across a range of regional rivals – notably Iran, Saudi Arabia, Turkey, Israel, the UAE and Egypt – it also seems unlikely a regional actor or bloc will emerge to dominate and stabilize. In fact, the opposite seems more likely, whereby competition between these regional and international continues and expands, interacting with local and national disputes. If anything, these structural shifts make it probable that previously stable arenas are sucked into the instability.

Of course, as Halliday would point out, this is not ‘new’. Regional competition in multiple arenas has been a feature of Middle Eastern geopolitics since at least the end of the Ottoman Empire, if not before. However, while the methods may seem familiar to the past, the sheer volume and scale is something different. The number of weak states, non-state actors, regional and international powers involved is a significant change, and one that points to further geopolitical instability in the coming years.