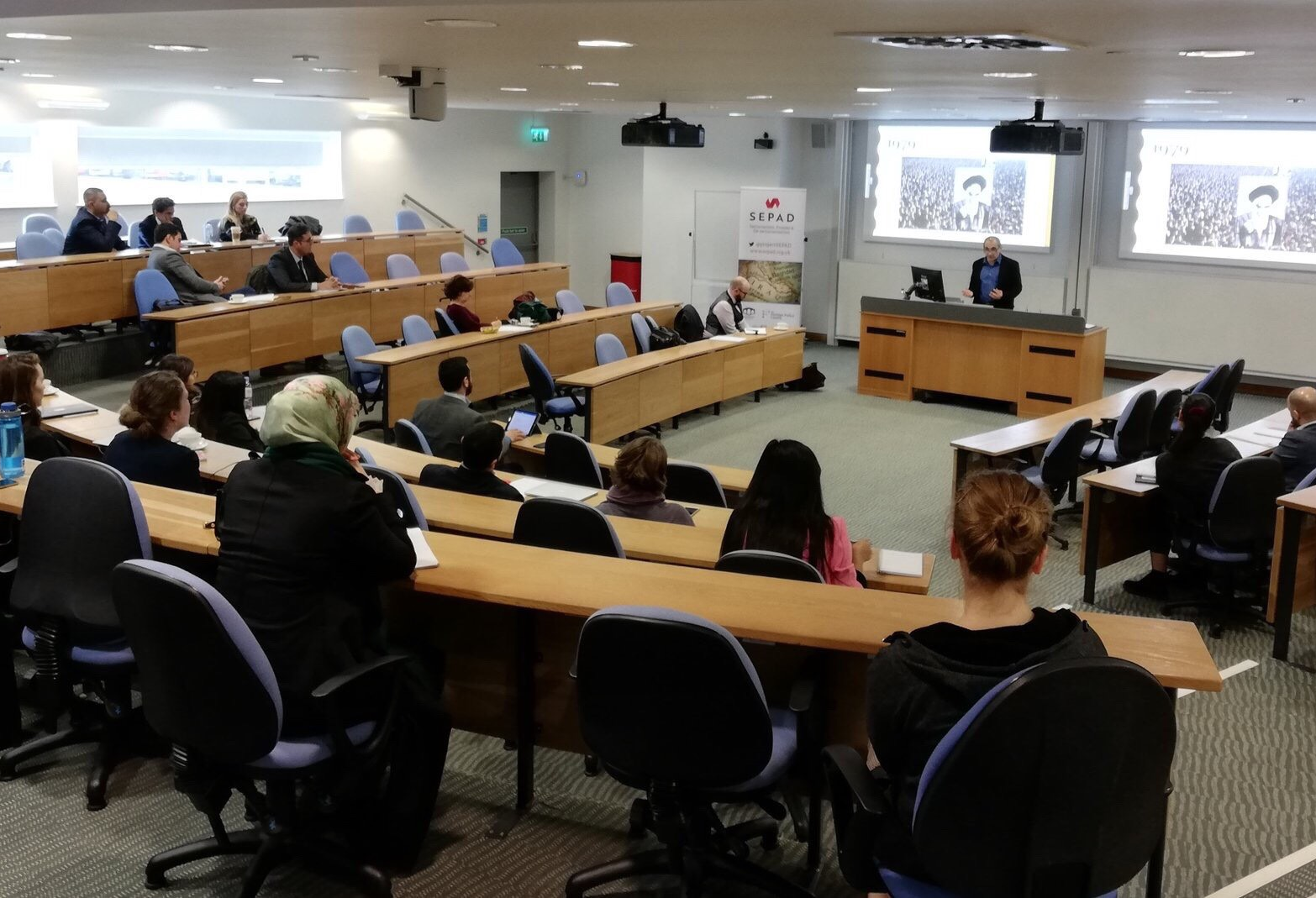 The Sectarianism, Proxies, and De-Sectarianism Project held its inaugural conference Sectarianism, Proxies, and De-Sectarianism Across the Middle East on the 28th of March 2019 in the Department of Politics, Philosophy, and Religion at Lancaster University. Funded by Carnegie Corporation of New York, the event brought together 27 scholars from 15 countries and was organized by SEPAD PhD Fellows Ana Maria Kumarasamy and Elias Ghazal. The conference featured a keynote speech by Dr Nader Hashemi, the Director of the Center for Middle East Studies at the Josef Korbel School of International Studies, University of Denver. In his remarks, Hashemi outlined ideas and concepts that informed the sectarianization thesis that appears in the book Sectarianization: Mapping the New Politics of the Middle East and offered a rich contextualization of the broader geopolitical environment that facilitated sectarianizing moves. Hashemis remarks are available in full at the Richardson Institute Soundcloud page.

The inaugural conference was a vibrant forum that allowed participants to reflect on myriad topics from a range of different disciplinary backgrounds resulting in a range of thought-provoking sessions. In addition to the keynote and a plenary session featuring SEPAD Project Director Simon Mabon and SEPAD Fellow Morten Valbjorn, the conference was comprised of six panels that focused on historical and current issues including sectarian influence, proxies struggles, and de-sectarianisation efforts. A list of panels and speakers is available here. All at SEPAD are looking forward to next year’s event.