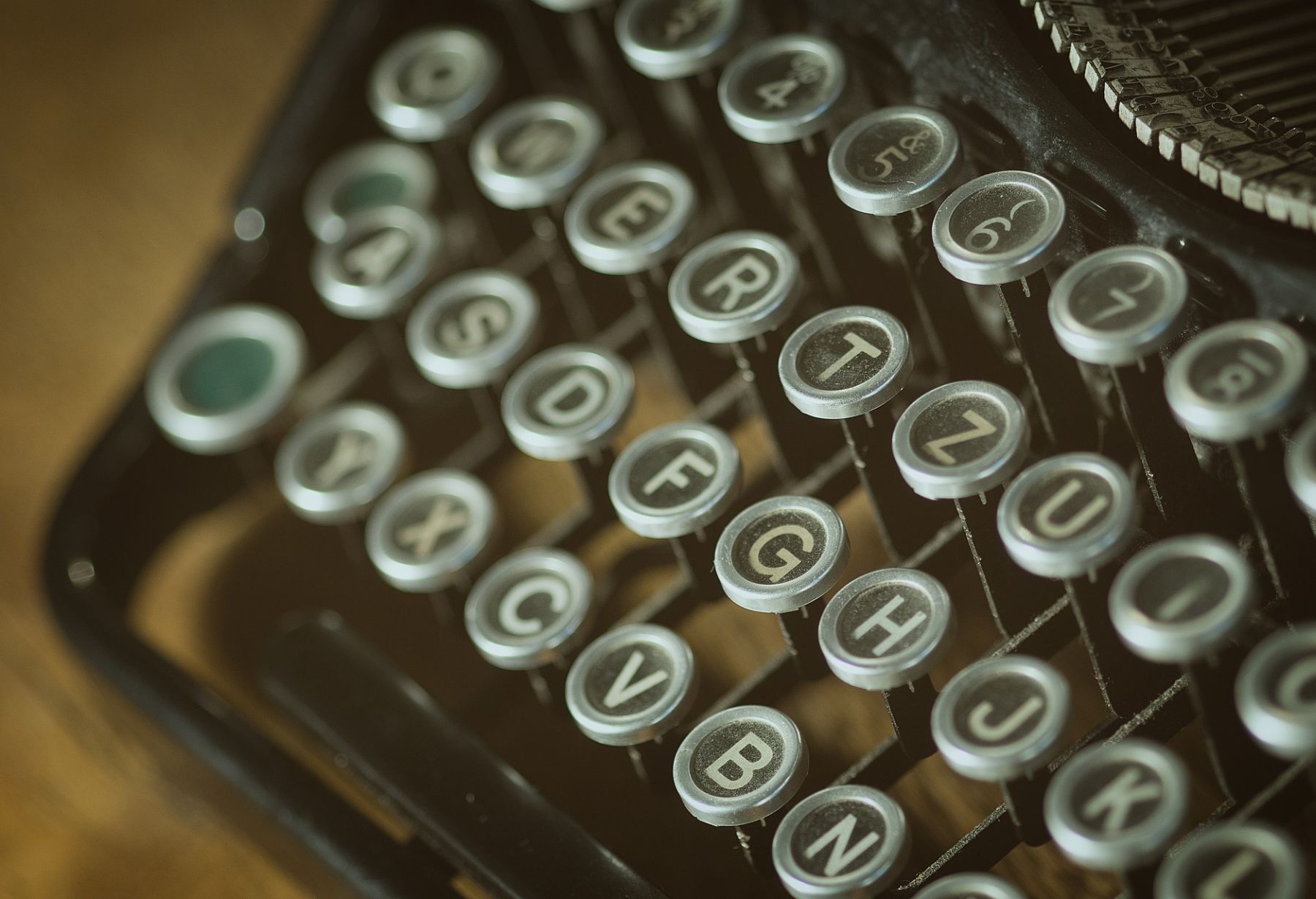 A piece by Thanos Trappelides

During the last weeks, thousands of individuals have been protesting in Baghdad and across southern areas of Iraq against the failure of the government to deliver basic goods and economic prosperity for its citizens. The demonstrations have gradually expanded into an organised movement with clear political demands: the resignation of the federal government and amendments to the constitution established in 2005. In Iraqi Kurdistan, however, nothing similar has been experienced across this period despite the assumption that many Kurds are characterised by emotions of solidarity towards the protestors and their legitimate demands. Certain journalistic reports claim an initial tendency for an official demonstration which was not subject to the approval of the KRG due to the fear of what it could potentially unfold into. The KRG stance does not different dramatically from the popular perception that any action that could promote drastic political changes could undermine stability and render Kurdish regional autonomy at risk.

Kurds have been experiencing and criticising corruption within the KRG and the high level of unemployment, especially among the youth, for years. Since 2003, numerous protests have occurred against the regional government accompanied by demands for economic growth and improved services in the presence of public discontent regarding the concentration of resources with the two main families of Iraqi Kurdistan; namely, the Barzanis and the Talabanis. After  Baghdad's refusal to allocate the agreed share of the budget to the Kurdistan region due to the dispute with regard to Erbil’s right to sell oil independently, protests intensified and reached a peak in 2016 after the announcement of austerity measures and the partial payment of the salaries of community servants. The new Iraqi government formed after the 2018 elections, promised a solution to the dispute between Baghdad and Erbil and a few months later sent a portion of the budget allocation which resulted in the full payment of salaries and created optimism regarding a permanent deal with regard to oil revenues.

The influence of Tehran

The protests in Iraq do have a double dimension. The first, as mentioned, has to do with the failures of the Iraqi political system. The second, however, has to do with the influence of Tehran. The socio-economic and anti-corruption wave that generated the general unrest in early October, gradually expanded beyond the inability of the current government into criticism towards the role of Iran and its control of the political developments and domestic affairs of their state. On the 3rd  November, a protest took place outside the Iranian consulate in Karbala in the presence of many Iraqi flags, symbolising defiance against Tehran and its growing influence in the Iraqi politics. The slogan ‘we want a country’ which has been one of the most commonly used ones since the start of the protests, demonstrates their anti-sectarian nature and the desire for a state free from external influence. After the establishment of the 2005 constitution and the restructuring of the political field determined by the Muhasasa Ta’ifia Principle Vision, the Iraqi government has been functioning on sectarian lines to represent the Shias, the Sunnis and the Kurds; a situation which along with the gradual reduction of US influence, enabled Iran to increase its influence and control over many of the Shia-led political networks in Iraq which operate within a system that empowers political factions and reduces accountability.

Many influential professionals and academics among the Iraq’s Kurdish constituencies have published statements in support of the protests. The areas, however, that tend to be more friendly towards the Iranian influence in Iraq such as Sulaymaniyah have been more or less silent. Sulaymaniyah is a PUK-controlled area of the region within which close cooperation tends to exist between Kurdish and Iranian forces; it has often been claimed that the 2017 peshmerga withdrawal from Kirkuk was subject to an agreement between Iran and the PUK leadership. This once again exposes the societal divisions with the Kurdish political life due to the long-term constructed narratives of the KDP and the PUK, their distinct agendas and their distinct relationships with regional powers. From a pragmatic perspective, increasing Iranian influence has not been working in favour of the Kurds in recent years, especially when considering the independence referendum of 2017. The Iranian government clearly stated that the referendum was inconsistent with the Iraqi constitution while Ali Akbar Velayati, a senior advisor to the Supreme Leader Ali Khamenei, had called Masoud Barzani as a “middleman for Zionists, whose goal is to disintegrate Muslim states”. Thus, despite strong ties between the PUK to Iran, a pragmatic evaluation of recent events would assume that the Kurdish agents and the political decision-makers should have been more than supportive to a movement that aims to increase the pressure on Tehran to reduce its influence within Iraq. A pragmatic evaluation, however, should take into account one more variable: the impact of a potential de-sectarianisation process.

The fear of a potential de-sectarianisation of Iraqi politics

The KRG, at the moment, seems worried that a potential de-sectarianisation of Iraqi politics could be used by Baghdad as an excuse to proceed with constitutional changes and suppress regional rights. The 2014 dispute over oil revenues along with the 2017 referendum experience, have created fear structures, attracting legitimacy from the nationalist tendencies of the Arab forces and the nationalist agendas of Turkey and Iran which threaten the Kurdish regional autonomy. These structures which determine the socio-political decisions and choices of Kurdish agents and which have created an environment of suspicion towards Baghdad’s intentions, are the ones that have determined the perceptions regarding the demonstrations in the south and that have restricted and keep restricting any tendencies towards embracing them. Agents are in a constant process of balancing their own demands for economic growth and accountability against these fear structures. The concrete concerns that all the Kurdish gains in the post-2003 period could be challenged seem to dominate at the moment; especially since, despite the existence of corruption within the KRG, the situation is not at all similar to the south when considering areas such as security and infrastructure.

The emerging narrative that constitutional changes are required is perceived by Kurdish agents as an indication that numerous political forces, with some of them influenced either directly or indirectly from outside, aim at using the protests to reach certain political goals. Thus, the main aim of the political community as the ultimate representative of the agents, remains to ensure that the Iraqi model does not enter a process of transformation, as reflected by the 5thof November statement of Nechirvan Barzani that “the main problem is not the constitution, but it is the failure to implement the constitution”. Nechirvan Barzani also suggested that even if certain amendments are required, then such a process should take place within a secure environment; a political position that emanates from the idea that the first priority should be the establishment of stability and that no drastic changes should be allowed subject to the pressure of the movement. Under a more stable environment, the Kurds would be more capable of diplomatically presenting their own demands and suggestions for the future of Iraq and secure their regional autonomy.

During the 5thof November emergency meeting of the Kurdish political parties in the presence of the Iraqi President Barham Salih, the Kurdish political community announced its official support towards the demands of the protesters for improved services, transparency and elimination of corruption and its readiness to assist Baghdad in reducing tension. The announcement outlined exclusively the socio-economic aspect of the movement and the question stands as to how a potential process of constitutional amendments with regards to the Iraqi structure, will be faced. The logical assumption remains that the Kurdish parties will oppose such a process if it is promoted either by internal or external forces, since socio-economic development should remain independent of any changes to the structure. The disputed territories are expected to dominate the concerns of the Kurdish parties. Kurds have been asserting for years through political statements that the main problem with regards to the current constitution has been its non-implementation; especially with regards to Article 140 and the disputed territories. Any challenges towards the identity of the areas, could further complicate the issue and reinforce instability.

Thanos Trappelides is a PhD student at Lancaster University where he works on Kurdish nationalism in Iraq. He tweets @ThanosCY