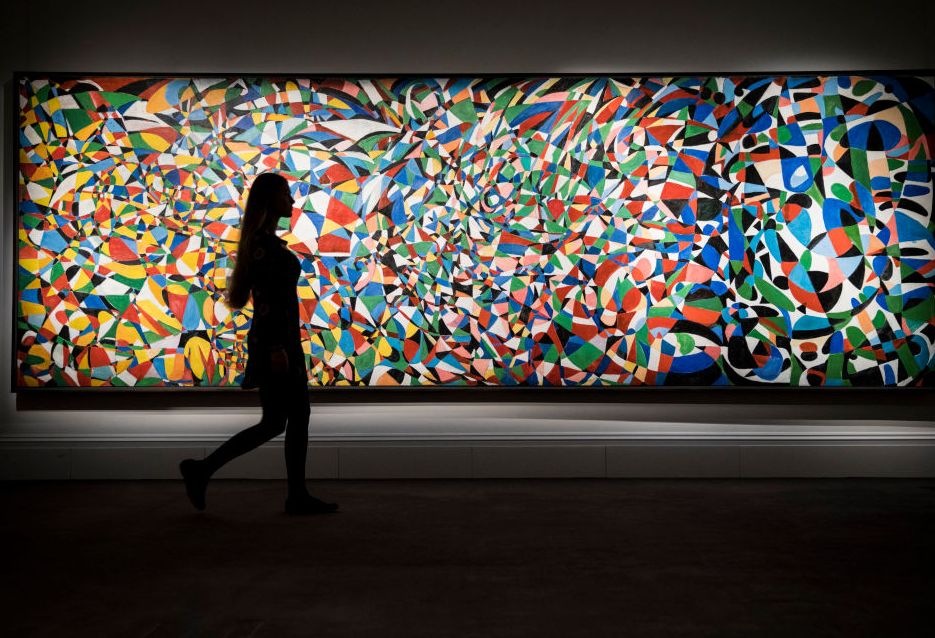 In the summer of 2013 I sat in the home of a man who in the years that followed would become a close friend. The man, a former Member of Parliament in Bahrain, welcomed me into his home during Ramadan to discuss the events of the Arab Uprisings. At the time of our conversation, however, the man was not a citizen of Bahrain, having had his citizenship revoked by the ruling Al Khalifa family. In doing so, he became stateless, devoid of legal rights or protection and his life stripped of the political meaning that had been his cause for so long. The Al Khalifa’s decision to strip him of his citizenship – along with countless others[1] - was the action of a sovereign using all manner of technologies of control in support of regime survival.[2]

The concept of sovereignty has provoked a vast set of literatures seeking to better understand the roots, manifestation, performance, evolution, and contestation of sovereign power. Often intimately tied to ideas of statehood, sovereignty, for the Italian Philosopher Giorgio Agamben (b1942), is much more concerned with power and the capacity of the sovereign to order life.   Emerging from a nine-volume canon, Agamben’s ideas offer a rich reflection on the inner workings of sovereign power and its relationship to people living in the state.

Located at the intersection of Philosophy and Philology – and social theory by virtue of its application – Agamben’s work on sovereign power is influenced by Hannah Arendt, Walter Benjamin, Carl Schmitt, Michel Foucault, Martin Heidegger and Aristotle, bringing together a disparate collection of thinkers in pursuit of a project existing at the heart of modernity and the nature of the political.

A Theory of Sovereign Power

is neither external nor internal to the juridical order, and the problem of defining it concerns precisely a threshold, or a zone of indifference, where inside and outside do not exclude each other but rather blur with each other. The suspension of the norm does not mean its abolition, and the zone of anomie that it establishes is not (or at least claims not to be) unrelated to the juridical order.[3]

In such conditions, whereby the state has the right to abandon the living being to law – an illegal but juridical and constitutional move[7] - political life and meaning can be stripped from individuals (at the whim of the sovereign), reducing them to bare life, or the figure of homer sacer. In making such an observation Agamben draws on the Aristotelean distinction between the good life (the legal status of a human being, as Thomas Lemke suggests), and the natural existence.[8] The creation of bare life is a common feature of contemporary politics, positioned centrally due to its position at the vanguard of political life, “that whose exclusions found the city of men”.[9] As Agamben observes,

the realm of bare life – which is originally situated at the margins of the political order – gradually begins to coincide with the political realm, and exclusion and inclusion, outside and inside, bios and zoe, right and fact, enter into a zone of irreducible indistinction. At once excluding bare life from and capturing it within the political order, the state of exception actually constituted, in its very separateness, the hidden foundation on which the entire political system rested.[10]

Such moves, conditioned by the declaration of a state of exception, are made possible by the idea of a ban, inscribing exclusion through inclusion.[11] With the normalisation of the exception – becoming a central feature of contemporary political life – abandonment and bare life have the capacity to render all as virtually homines sacri. Such a view emerges from “a biopolitics that technologizes, administers, and depoliticizes and thereby renders the political and power relations irrelevant”.[12] And from this, bare life moves to dwell “in the biological body of every living being”, leaving them at the discretion of sovereign power.[13]

As geographers such as Claudio Minca, Rory Rowan, Sara Fregonese and others will attest, Agamben’s work has a strong spatial current running through it, with some viewing Agamben’s work as an attempt to map “socio-geographical phenomena within which the exception operates.[14] For Agamben, the camp “is the space that is opened when the state of exception begins to become the rule”[15] (emphasis in original). Those in the camp reside in a zone of indistinction between outside and inside, exception and rule, licit and illicit, in which the very concepts of subjective right and juridical protection no longer make any sense”.[16]

In such spaces, the sovereign possesses a “natural right to do anything to anyone”.[17] The centrality of the camp in Agamben’s account is perhaps best seen in his observation that

Insofar as its inhabitants were stripped of every political status and wholly reduced to bare life, the camp was also the most absolute biopolitical space ever to have been realized in which power confronts nothing but pure life, without any mediation. This is why the camp is the very paradigm of political space at the point at which politics becomes biopolitics and homo sacer is virtually confused with the citizen.[18]

Although highly theoretical, Agamben’s ideas offer valuable insight to better understand the nature of political life across the Middle East.

In particular, Agamben’s ideas provide rich theoretical insight into the ways in which life is regulated across the Middle East. The focus on the inner workings of sovereign power offers valuable tools to better understand the use of the law as a mechanism of control – seen in the widespread deployment of emergency laws, for example - or the implications of sovereign power on people across the region.[19] Beyond this, scholars have applied Agamben’s ideas to interrogate the ways in which power operates, focussing on refugee camps in Lebanon and Jordan, emergency laws in Egypt, urbicide, statelessness, sexuality, resistance, and much more.[20]  Fundamentally, the forensic focus on the operation of sovereign power can then be used in a range of different ways to critically reflect on the inner workings of power and relations between rulers and ruled.

Critics of Agamben bemoan his engagement with agency, with many suggesting that his account offers little scope for agency. Once an individual is abandoned into bare life, the argument goes, there is no scope for resistance. Yet as scholars such as Patricia Owens argue, even the refugee has the capacity to express political agency.[21]

One way in which Agamben has sought to counter this is through the concept of destituent power, the thought that sovereign power can be turned against itself in pursuit of deactivation. For Agamben, destituent power is “a force that, in its very constitution, deactivates the governmental machine”.[22] Moreover, it is “the capacity to deactivate something and render it inoperative - a power, a function, a human operation - without simply destroying it but by liberating the potentials that have remained inactive in it in order to allow a different use of them”.[23] In making the thing inoperable, actors seek to engender dysfunctionality, aiming at inoperability. As The Invisible Committee observes, acts of destituent power against the sovereign machine “neutralises it, empties it of substance [and] takes a step aside and watches the institution expire”.[24] In practical terms, for example, in Lebanon this involves activists exposing loopholes, ambiguities and contradictions to render legal processes aimed at LGBTQ+ groups inoperative.[25] Or, in the case of Palestine, protesters playing chess in streets, changing the meaning of urban environments so that the Israeli state was unable to evict Palestinian East Jerusalemites.[26]

The application of Agamben’s ideas in the Middle East – beyond the Judaeo-Christian, Western philosophical and political tradition in which they were forged – warrants attention. Indeed, Agamben’s ideas are driven by questions about the ordering of life conditioned by modernity, which shapes his understanding of state-society relations and the emergence and performance of sovereign power broadly. Here, as broad decolonisation moves have demonstrated, questions emerge about the universal applications of ideas forged in the West. Yet as thinkers such as Wael Hallaq stress, there are broader factors that allow us to talk about states across the world. For Hallaq, states must possess five form-properties in order to be recognised as a state: a constitution as historical experience; sovereignty and ensuing metaphysics; a legislative monopoly; a bureaucratic machinery; and a cultural hegemonic engagement with the social order. [27]  Accepting this allows us to talk of states – and sovereignty – across spatial and temporal contexts, providing an entrance point to engage with Agamben’s ideas in the Muslim world. This entrance point then allows for an intellectual interrogation of sovereignty and metaphysical difference, the nature of cultural hegemonic engagement, social order, and state-society relations.[28]

Whilst undeniably complex, there is much to be gained from applying Agamben’s ideas to the Middle East, with the focus on sovereign power shedding light on the complexities of life across a range of different contexts. Amidst ongoing political crises emanating from fractious relations between rulers and ruled, Agamben’s work offers valuable insight in better understanding the nature of political power and the way in which life is regulated.

Giorgio Agamben, ‘What is a Destituent Power?’ Environment and Palnning D: Society and Space 32:1 (2014)

Giorgio Agamben, The Use of Bodies (Stanford: Stanford University Press, 2016)

[1] For SALAM for Democracy and Human Rights, a civil society organisation focussed on human rights in the Persian Gulf, at this point 985 individuals were arbitrarily stripped of their citizenship, either through court order, royal decree or ministerial order. In 2019 the King reinstated citizenship for 551 individuals. For more see: Arbitrary Revocation of Nationality in Bahrain: A Tool of Oppression (SALAM for Democracy and Human Rights, 2021) at https://salam-dhr.org/wp-content/uploads/2021/05/Arbitrary-Revocation-of-Nationality-in-Bahrain-final-3.pdf

[28] The work of other thinkers in this collection offers rich insight into some of these issues, perhaps most notably Pierre Bourdieu.