Structural Violence in Bahrain: At the Intersection of Sectarianism and Sexism 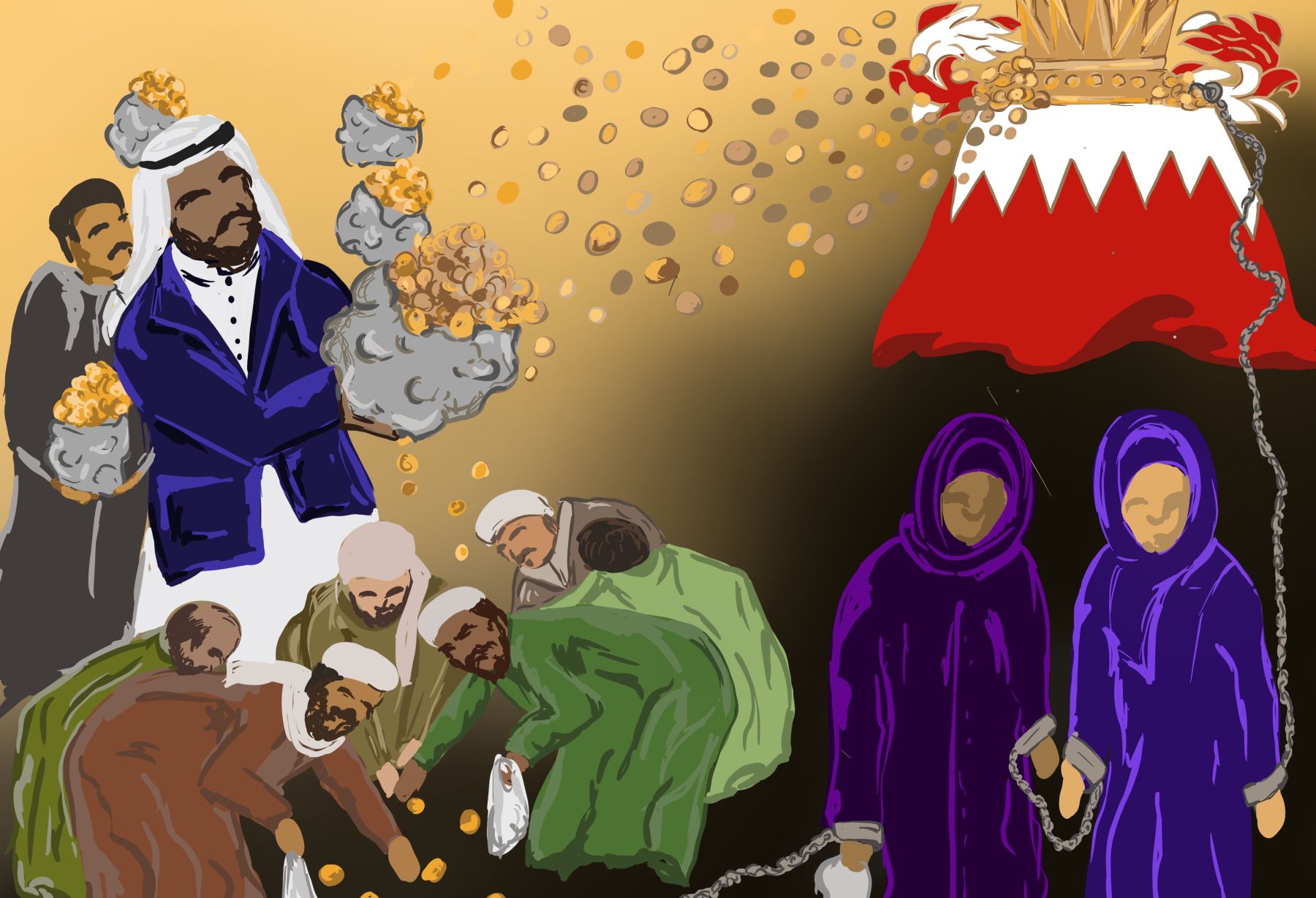 Since the Arab Uprisings in 2011, much of the writing on the socio-political situation on Bahrain has focused on sectarian difference. Such a focus seems natural as the Al-Khalifa regime has long since created societal divisions in pursuit of their survival by policing and discriminating the Shiites – 65% of the population (Mabon, 2020) – impeding the exercise of their basic rights. The nature of sectarianism in Bahrain has been greatly debated by academics including Justin Gengler, Simon Mabon, Toby Matthiesen and Staci Strobl, who highlight the socially and politically constructed nature of sectarian discrimination, as well as its historical persistence. Despite this focus, little work has been done looking at the role of women within and across sectarian communities, which appears problematic given the structural violence (SV) that women in Bahrain face on a daily basis. Such an absence is not unique to literature on Bahrain, with the role of women largely ignored in scholarship on sectarianism aside from work by Maya Mikdashi and Lara Deeb, and a handful of others.

SV in Bahrain – defined as systems that produce and perpetuate unequal power relations and unequal opportunities (Galtung, 1969) – takes many different forms. This blog post identifies some of the main areas in which SV occurs. This blogpost builds on the qualitative research conducted for my dissertation, which reflects on structural violence against women in Bahrain. For the purpose of grounding my analysis on the reality of Bahraini women´s lives, eleven women – consisting of activists, doctors, human rights defenders, scholars and journalists – were interviewed.

In Bahrain, a tribal and socially conservative state, patriarchal attitudes play a key role in ordering society. This ranges from formal politics and law to the norms and traditions which guide daily behaviour. SV against women in Bahrain is present both in (a) the rhythms of everyday life and b) legal challenges, especially in how judges in the Sharia courts decide cases on the basis of their own – often patriarchal – interpretations of the law. These patriarchal attitudes, which are present both in formal and informal normative structures, derive from a social conservatism which affects women from different communal backgrounds. In other words, the formal and informal discrimination of women makes no distinction between sects and actually affects Sunni and Shia women equally. As one interviewee told me, “when you speak against the government and you address HR violations it’s hard, but then its less hard than challenging the society with its own convictions and ideologies. They don’t like it. As a woman you should not be like this, as a woman you should stay behind, you should dress this way, you should speak this way, life your life this way…”[1].

Another interviewee painted a bleak picture of life in Bahrain: “I would say no matter how liberal it tries to portrait itselfin the world, it is still a conservative country and society, very traditional in their lives, I think women are not as empowered as they deserve in Bahrain”[2]. Despite the empowerment programs forwarded by the Supreme Council of Women[3], interviewees emphasized the superficiality of such enterprises and the restrictions presented by what is essentially a government branch. The SCW seeks to promote and maintain a false image of Bahrain, that of open and concerned with women´s rights when, in reality, it is deeply repressive against women. This is particularly evident with regard to legal rights, which reflect the social conservatism present in Bahrain.

If the regime was really concerned with protecting women´s rights, considering the absolute hold of power they enjoy, they could make some very needed changes to the Penal Code, starting with implementing a criminal or civil law against sexual and domestic violence. Not only is such a law currently inexistent, despite numerous campaigns for the criminalisation of violence against women, but also, article 16 of the Penal Code justifies abuses committed by male members of the family as a right to discipline women (Karolak, 2012). Numerous reports are further concerned with article 353, which exempts rapist of any prosecution providing they marry their victim. Women in Bahrain are therefore vulnerable to such abuses as they lack legal and social protection. This perpetuates SV as women are prevented from reporting such cases, while the perpetrator is left free.

In addition, under the Nationality Act, Bahraini women who decide to marry a non-Bahraini are not allowed to pass the nationality to their children and face the suspension of their own citizenship, while a Bahraini man does have the right to pass his citizenship to his children and foreign wife. This leaves families in complete abandonment from the state as they are not allowed to apply for housing, they are excluded from political participation and also employment benefits. For one interviewee, “whenever we [women´s rights activist] bring up this topic [nationality] the official response is always that the kids are the responsibility of the father, he should be giving them the nationality and we keep debating that”[4].

Concerning the law governing marriage and divorces, one of the main reasosn for getting a divorce in Bahrain is “physical violence against women” (Al Gharaibeh, 2011). Moreover, Bahraini women have to ask for permission to get married from a guardian, whilst it is more difficult than men to accumulate wealth due to patriarchal understandings of the family; ultimately it is up to the judges in the sharia courts to decide whether they are able to get married below the age of 15, and whether they are able to get a divorce. Shiite women´s rights are violated in the courts as the results of divorce cases are decided on the judge´s personal interpretation of the Islamic texts – since there is no written law determining the process of divorce. This is highly relevant in the quest for women´s rights according to my interviewees who also emphasized the huge levels of corruption present in the courts. There is also inequality between Sunni men and women due to the Family Provision Act, a law which hinders women´s rights, agency and independence.

Across the world, structures of power differ and vary depending on cultures, religion and context. Yet improving women's rights is an important transnational variable in the quest for promoting a more equal and just society, which is what de-sectarianization is all about. Simon Mabon affirms that “[p]recisely because of the social construction of sectarianization, it can be deconstructed”; a notion which can be equally applied to the world-wide discrimination that women face. Here is where sectarianism and sexism intersect, not only in how they negatively affect people, but also in the fact that realising their socially constructed nature is what allow us to deconstruct them and create something better.

[1] Interview with Asma Darwish, named at her own request.